This Alzheimer’s Breakthrough Is Just the Beginning 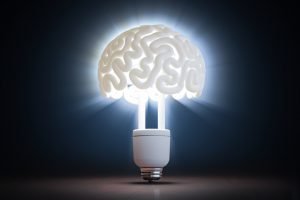 The first and only medication that could slow the progression of Alzheimer’s disease, aducanumab (brand name Aduhelm), was approved by the Food and Drug Administration (FDA) on June 7, 2021. Other Alzheimer’s drugs on the market can only attempt to alleviate the disease’s debilitating symptoms. The news about this Alzheimer’s breakthrough has created a lot of excitement, and with good reason. Most of us have seen the slow and torturous effects of the disease on a member of our family, a friend or a family member of someone we know. And with the numbers of those expected to contract it  going up rapidly, we all worry about who will be next.

Kristen Clifford, chief program officer for the Alzheimer’s Association, calls the announcement of this Alzheimer’s breakthrough a “landmark moment” — one that signifies “the beginning of a new future” for people living with Alzheimer’s and their families. “We know that slowing decline, particularly with early diagnosis, could add days, weeks, months, maybe even years of active life for individuals and families.” Harry Johns, president and CEO, said, “On behalf of those impacted by Alzheimer’s and all other dementia, the Alzheimer’s Association welcomes and celebrates the historic FDA approval of aducanumab.”

Jeffrey Cummings, a research professor in the Department of Brain Health at the University of Nevada, Las Vegas, and a leading expert of Alzheimer’s clinical trials says, “The most important thing about aducanumab’s approval is the time it gives back to patients as it slows the deterioration of brain function. In one of the trials, participants who received high doses declined 22 percent more slowly than those who didn’t get the treatment.”

Aducanumab’s approval will be a boon for Alzheimer’s research, Cummings predicts. “Seeing the fact that we can sort of crack the code of Alzheimer’s disease is just so meaningful, because it will attract funding, which will allow us to test more drugs, which will allow us to eventually make more approvals.” A total of 126 different therapies are currently being tested in clinical trials, according to a recent analysis of the Alzheimer’s Association research pipeline. And many of them — likely even a combination — could be the key to ending Alzheimer’s. It is expected that this will be the first of a number of treatments to come.

The historic approval of aducanumab ushers in a new era in Alzheimer’s and dementia treatment and research. This approval of the first drug in a new category could bring future benefits to people living with the disease by interesting more people in the field, increasing investments in treatments and generating additional innovation.

Researchers also are making tremendous strides in understanding how people can reduce their risks for dementia. Everything from diet, exercise, sleep and blood pressure control can help to preserve brain health and cognitive functioning throughout the aging process.

What approval means for those already living with Alzheimer’s

Aducanumab is not a cure for Alzheimer’s disease, and it does not reverse it. But trials have shown that the drug is able to break up sticky plaques of protein that accumulate in the brain that are thought to be at least one of the causes of Alzheimer’s. The hope is that if the drug can help remove those plaques, it may help slow the rate of cognitive decline in people who are in the early stages of the disease.

Even with this Alzheimer’s breakthrough, approval of this therapy underscores the importance of early detection and diagnosis to ensure individuals receive the most benefit as soon as possible. About two million people suffering from the disease are in its early stages and show evidence of the amyloid plaques that this new drug attacks. However, the only way to know for sure if amyloid plaques are present is with expensive brain scans and spinal taps that some patients may not be able to access. Blood tests that doctors can also use to detect amyloid and other signs of Alzheimer’s disease have proved promising but are not yet widely available.

The therapy alone is expected to cost $56,000 a year, and it’s not yet known whether Medicare and private insurance will cover it. A monoclonal antibody, the treatment is by infusion therapy, not a pill. Patients receive the drug intravenously every four weeks at infusion centers. This makes the treatment difficult to obtain for those who lack transportation or don’t live near a site where it’s offered.

The FDA approved aducanumab through an accelerated process

Drugs that are significantly better than existing treatments for a serious or life-threatening illness fall into this category. In November 2020, an FDA advisory committee expressed concern over two identical studies with different results. One showed that participants with early or mild Alzheimer’s who were given high doses of aducanumab saw their symptoms decline. They were better able to handle everyday activities, and their memory also improved. But the other study didn’t have the same positive outcomes. The differing results created controversy among some experts over the release of the drug.

The drug’s maker, Biogen, who co-developed aducanumab with Eisai, must do further studies to prove it works the way it’s intended. Patients who qualify will have access to the drug now, but if the data doesn’t hold up, the FDA can withdraw its approval. They also will need some time to ramp up large-scale production and arrange for nationwide and even global distribution.

Early detection more important than ever with a treatment available

Early diagnosis of Alzheimer’s has long demonstrated better health outcomes for individuals and their caregivers. If you or a loved one is experiencing memory or other cognitive changes, the Alzheimer’s Association strongly encourages speaking with a health care provider for a thorough evaluation, diagnosis and discussion of treatment options.

Help is available for caregivers

Caring for a loved one with Alzheimer’s comes with many challenges and the knowledge that ongoing decline is certain. It can be both physically and emotionally exhausting. Don’t wait to ask for help until you are burned out. Dakota Home Care’s home care services, including specialized dementia and Alzheimer’s care, memory care, and comfort care, are customizable to your unique situation. Contact us online, or call (877) 691-0015 to learn how our in-home care in Fargo, ND, West Fargo, Mandan, Lincoln, and Bismarck can help keep both you and the person you love as healthy as possible.