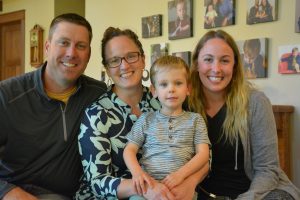 On November 4th, the same day both of their grandfathers were born, twin brothers Owen and Liam entered the world, after just 22 weeks and 6 days in their mother’s womb. Less than twenty-three weeks of gestation is considered not viable. Some hospitals will not even care for babies born more premature than that, but Sanford Hospital in Fargo, ND, did everything they could to save these tiny brothers, whose due date was not until March 3rd.

Parents Megan and Blane knew that, if their babies survived, they would be in the NICU (Neonatal Intensive Care Unit) for many months. So, with a lot of family and community support—friends even came to help finish the harvest—they moved from their farm to downtown Fargo, where they could visit the twins every day.

All of the babies’ organs needed more time to develop—hearts, lungs, digestive system, eyes, etc. Both were intubated and on ventilators and were fed via OG or NG tubes. Erica was one of the nurses in the NICU and part of the staff of doctors and nurses who provided the 24/7 care that kept both boys alive until, sadly, Liam passed away unexpectedly at 4 months from a respiratory infection. Owen would remain in the hospital for almost a year, as his lungs struggled to keep up with his growth. Pulmonary hypertension and underdeveloped lungs were his biggest challenges. 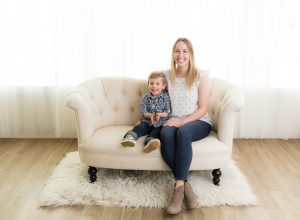 As Owen’s one-year mark approached and he stabilized enough to be released, Erica was hired by Dakota Home Care (DHC) as a Pediatric Private Duty Nurse. She’d always wanted to give in-home care, and for Owen and his family, the timing couldn’t have been better. Erica said, “I’ll never forget the expression on his mom’s face when I told her I was going to take the job as a full-time, in-home nurse for Owen. I already knew the little boy and the family, so I was thrilled, too.”

Owen wasn’t released until his oxygen level and his ventilator settings had stabilized, he was tolerating food through a G-tube and gaining weight, but nevertheless, he went home with a lot of medical equipment that had to be professionally monitored, replaced and sanitized. He had a trach, concentrated oxygen with a ventilator, a G-tube, and various monitors, and he needed full-time nursing care. Together, Erica as fulltime day nurse, a night nurse, and other nurses who filled in gave Owen 20 hours of care daily. 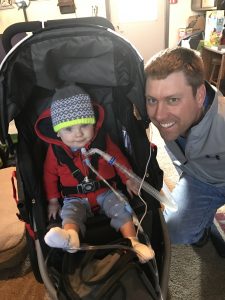 Because his parents had been close to him during his entire hospitalization, they had already observed and participated in all the aspects of his care. The hospital also put them through a training regimen. This made it possible for them be alone with Owen for some quality family time from 6:00 – 10:00 p.m. each night and on weekends.

Why In-Home Care Is So Important

When Erica was asked why it was so important for Owen to be able to go home, she said, “At home, Owen could be with his parents all the time, and with me there, he could have consistency of care. At almost a year, he was ready to go home and just be a baby. He flourished!”

Owen’s mom said, “It made a huge difference when he came home. We could see a total change in his personality and his development. It was like night and day. We could do so many more things with him, normal things like being the people who were there when he got up in the morning and put him to bed at night. He knew he wasn’t in the hospital, and he could sleep better without all the noise.

“When you go home with a child who has all these needs and so much equipment, you need medical-level nursing care. Before he left the hospital, we were introduced to another family who had a child at home with a trach and G-tube. We visited their home and saw that we could do it. We could come home with all Owen’s equipment. With in-home nursing care, we could live a somewhat normal life.

“The hospital told us about DHC. We knew their nurses had been with other families with preemies. Having Erica with us was like having an aunt or second mom. She knew what level of care he needed. She knew all of his cues, what would make him nervous or uncomfortable. She was a good gate keeper when we went to Dr. appointments. For example, she made everyone wash their hands and give him a moment to adjust to a stranger. We both worked fulltime, but we weren’t afraid to leave Owen alone with her. We made sure we were there when she could not be and someone else was stepping in for her. The night nurses were flexible and would come earlier sometimes in order to allow us to go out.”

Erica explained, “Private duty home care is different from nursing in the hospital. Mom and Dad get to be the parents at home, making many more of the decisions for their child. Nurses adapt to what the family wants. We are there to guide and help mostly with the medical care and decisions. DHC kept a Care plan for Owen, and things changed based on physician orders. I made suggestions based on my observations. After coming home, Owen did not need to be hospitalized again, except for scheduled procedures. We were able to manage all his care at home.”

Owen’s care team consisted of his parents, Erica, a night nurse—while he was on the ventilator, other PRN’s who filled in so no one had to work a 50-hour week, and various physicians. For Dr. visits, Erica went with Owen and his parents and helped in the arduous process of taking all of his equipment with them. DHC helped to keep all the caregivers on the same page. They fielded concerns, dealt with staffing issues, provided pre-authorizations and letters to and from Drs., worked with insurance providers, and made home visits to see if the family had concerns and to adjust the care plan. Erica also had regular face-to-face contact with them to provide updates.

The Path to Becoming a Normal 5-Year-Old Kid

Owen will be 5 on November 4th. He learned to walk pushing his ventilator. As he grew and developed, Erica watched what his physical, occupational and speech therapists did and then incorporated their goals into his daily activities. They had purposeful play with toys, went to fun places like parks, the zoo and splash pads. He learned how to ride a bike. He’s even had swimming lessons and gymnastics classes. Erica was always there, even in preschool, to watch his hygiene and help him be as normal a child as possible without getting sick. Even a cold could be serious.

The closest pulmonologist was 3 hours away in Sioux Falls, SD. Owen started seeing him once a month in the summer of 2017. Each time, he would have his ventilator settings lowered, until eventually, he didn’t need it. He got his trach out right before his 3rd birthday, but Erica was able to stay with him until July of 2020. Because he was still somewhat medically fragile, the family’s insurance covered the G-tube and other in-home nursing care. Owen got pneumonia and RSV during that time, but he was still able to be cared for at home versus being admitted into the hospital.

Owen has come so far. He is pretty much like a regular kid now. He just needs to work on a few things. For example, how to chew. Everything he eats has to be pureed. He still has the G-tube, but it’s just there as a backup as he learns to eat regular food. A nanny cares for him while his parents work. 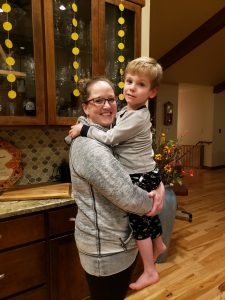 Strengthening the Case for In-Home Care

Owen’s mom hopes that, going forward, Owen can be just a normal 5-year-old. He had in-home nursing care from Sept of 2016 to July of 2020, but if he needed it again, she wouldn’t hesitate. “Children can thrive when they are in a home setting. They have more opportunities for development and interaction with other people in your home” She also wants to encourage futures nurses to consider going into home care. “You can do an intensive level of care in someone’s home, with the same patient every day. Owen’s care was very medically and technically based. It was not just babysitting. When you find people who fit well with your family, it’s not at all weird or uncomfortable to have them in your home. They become a part of your family and are comfortable to be with. DHC was always receptive to making sure everyone they sent was a good fit.”

Erica added, “Being a nurse in the home is such a rewarding job. You get to dedicate all your time to one patient. Watching your patient flourish and hit all their milestones isn’t something you get to see, if you are in a hospital setting. Owen’s parents are amazing individuals, and their entire family has touched my heart forever. They will always be a part of my life, even though I am not with them every day. I’ve learned so much from them. But, it was Owen who has changed my life forever. Watching and helping him overcome so many obstacles and excel through everything that was thrown at him is something that will continue to inspire me for a lifetime.”

Let Us Help You

It’s comforting to know that if you have a child who needs a lot of care, you have the option of getting the medical care that they need at home. At Dakota Home Care, the preferred home care provider in Fargo and the surrounding areas, we know it’s important to be aware of the family’s goals and their concerns with the type of care needed for their special child. With open communication, we can make your goals our goals. We can include in our care what’s most important to you. Call us anytime at (701) 663-5373 for a free, in-home consultation.

5 Steps to Reduce Caregiver Stress Over the Holidays

Protect Yourself and Others by Getting a Flu Vaccine!

What to Do When Someone With Dementia Wanders